Dear readers,
it was my name day and I was planning a relaxed, unambitious post about the wonderful things an English couple who live in Ikaria do with pebbles from the beach, when all of a sudden the famous Jamie Oliver, after his visit to the Chiapas last month, landed on the island to look into our cooking and shoot scenes for his next show!!! I am still and always a bad cook (my only improvement has been towards safety but unfortunately not towards taste) so don’t be afraid, I am not going to go crazy about recipes. I do think, however, that the island has a wealth of natural, healthy foods and natural and healthy ways of cooking. But I am not going to go crazy about that either. This was planned to be a relaxed, unambitious post, and a relaxed, unambitious post it is going to be. I’ll just push Nik and Stef’s stones a bit to the side and make room for a few pictures of Ikarian food from Jamie Oliver’s instagram, plus a few shots with heavier stuff taken in Ikarian restaurants by adamansel52, a ‘food tourist’ who toured the island last month. Move your mouse over the photos to read the descriptions. Scroll down to find a surprise. Nothing to do with food! It’s just another Ikarian summer drawing near!!! 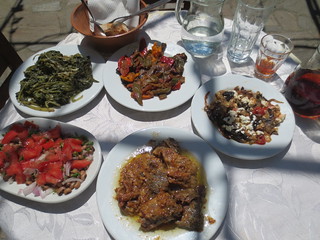 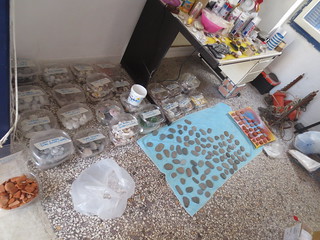 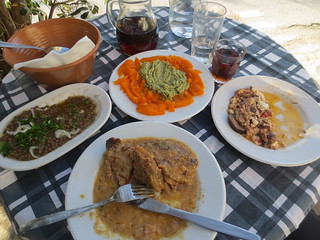 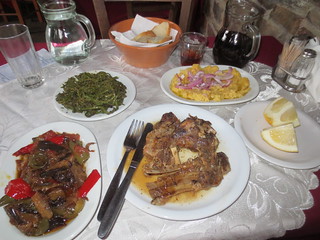 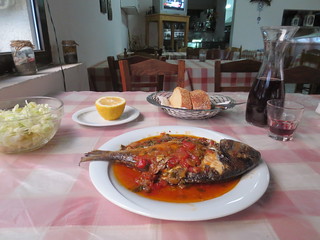 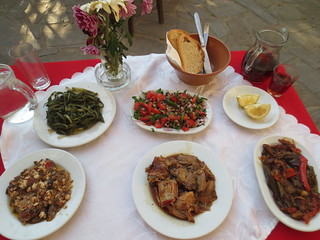 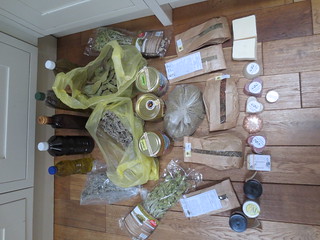 Sofia’s headstands in her: «Days in Ikaria» on instagram

ΛΟΥΚΟΥΜΑΔΕΣ
– spongy, honey-dipped, batter-fritters –
(Very simple, quick and easy to make, suitable for any occasion : from name day celebrations to weddings; also available in some kafeneia in mountain villages of Ikaria in the evenings of summer.)

1. To prepare dough : In a medium-size bowl, sift together flour and salt to make a well in the center. Dissolve yeast in 1/2 cup warm water and add to flour. Stir with a wooden spoon until a thick batter forms, adding a little more water, if necessary. This should not be a dough, but a thick batter that falls off the tip of the spoon. Cover and let rise for 2 hours, until doubled in bulk.

2. To prepare syrup : About 30 minutes before frying loukoumades, combine water, sugar, and honey in a saucepan. Bring to a boil. Lower heat and simmer for 15 minutes.

3. In a large heavy pot, heat 4 to 5 inches of oil to 360-365 F. Take 1 heaping teaspoon of the dough at a time and push it into the hot oil with another teaspoon. The loukoumades will expand and puff up and rise to the surface of the oil. Remove with a slotted spoon when light golden brown in color. Drain on paper towels and douse, while still warm, with syrup. Sprinkle with cinnamon and serve warm as a snack.

(This is Diane Kochilas’ Panhellenic Loukoumades recipe. But …hehehe… there is a much simpler & faster version… Find out about it on your own. Dough explosions in hot oil are to be expected, so I don’t take the responsibility to tell you -hehehe)

Loukoumades for wedding meal, eeh? I hope you didn’t make them the fast way. They become too spongy and give a stomach ache.
I’m trying to joke but I can’t. When is the last post in this blog? All of a sudden I got nervous.

Hi buds! It’s me Nana. I’ve taken over and everything will be just fine, round or square as you like it.
Eleni is «brooding». She says hello.

I like it triangular and rotating Nana, like a hologram. Anyway, she knows our thoughts are sizzling through the atmosphere and round the planet.

When dry, polish them with very little olive oil.

Now everything is «village» : the eggs, the dye, the bowl (made of local clay in a local pottery), and my tablecloth (woven on a local loom). Only the tea came from China.

NOTE: They told me that the eggs like this do not smell of oignons and tea. I am not in position to confirm this, though. I haven’t tasted them yet. We are not supposed to crash and crack our eggs before the priest sings ΧΡΙΣΤΟΣ ΑΝΕΣΤΗ (Christ Resurrected) at midnight sharp. But they look good, don’t they?

? muddy and dirty and cracked (and my kitchen was a mess). But at least the came out R-E-D ! So I love my Easter eggs ! I’m not going to show them to the nice person who told me what to do, though. I’m afraid she will scorn or scold me.

But I can show them to you…

Ahh red eggs!! This is one of the very few Greek traditions that has survived to my generation (4 times removed from Greece). Every Easter we’d gather round the family table with the red eggs and crack them together in a sort of tournament, all the time saying «Χριστος ανεστι» «Αλιτος ανεστι» (no idea if that spelling is correct).

Unfortunately this is as close as I’ve been to red eggs for many years since my schools have given the Catholic Easter off as a holiday, but not the Orthodox one.

The Orthodox Easter school holiday in Greece is 2 weeks !!!
Jealous, eh? Well, don’t be. It’s like in theocratic regimes. I return for those long religious holidays, the schoolchildren have to attend long, boring and absurd Religion courses for several hours a week. Parent have to declare that they are e.g. Buddists or Marxists, so that their kids are excused from attending them.
Meanwhile yesterday we had the craziest 12 hour long parties (and I can hardly make out what I’m typing right now)
*contradictions*

But when Condi gets to Athens, maybe someone can throw some rotten eggs her way, or a cream pie maybe…

Flying red eggs would «write» on the TV cameras. No doubt the city will be under martial law, worse than during the German occupation.

Step 2When the water has turned dark red, take the eggs out.

Leave them on a plate to dry. Do not sweep with a towel.

Take some eggs from chicken that you know they haven’t messed around with swans in the marshes of Turkmenistan.

Boil them (the eggs, not the chicken) on slow fire together with many dark tea leaves and as many skins of oignons.

«good machine»
but did the egg flesh smell of the tea and the oignons afterwards or not? 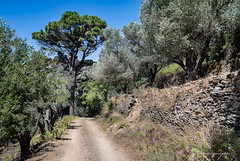 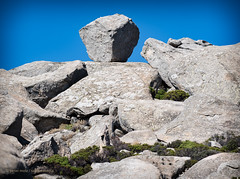 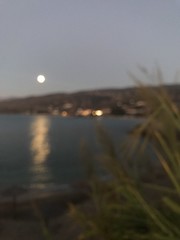