.
What I have written in a 1000 e-mails –
2 members of our parea, Judy and Simon, synopsized. I am grateful. By writing this text for a small travel agency they took a great burden off my back. From now on, when I am asked «What’s hot about Ikaria, where is it and how can I get there«? I’ll just send them the link to this blog entry. Ouf!…

When the phrase ‘traditional Greek island’ is used; the average Grecophile will conjure up images of an atmospheric taverna-lined harbourside, a few donkeys and very little else except perhaps the odd monastery in the remote hills, a ruined village and a few tiny settlements dotted around secluded coves. You can find all this on Ikaria, and yet, perhaps because there is mercifully very little by way of “toursity” development, many visitors get an initial culture shock when get off the ferry boat to find themselves in what feels like another kind of Greece altogether. When Ikaria was formed, they threw away the book and the Ikarians have kept it that way, proudly independent, not particularly bothered about tourists, but with an open heart to all their guests. For centuries, Ikaria was known as one of the very poorest regions of Greece and, as so often seems the case, those cultures with the least material wealth have a disproportionate amount of filoxenia – as the Greek word describes hospitality, (literally, “guest-love”).

From the boat Ikaria looks imposing, daunting and perhaps somewhat barren from your first prospect of its South and East; but this is a common misconception. Travel inland and within a short distance you are amongst the tree-covered hills, before moving upwards and out again to the high, dry and dramatic summits of the Atheras Mountains, which in the central zone are covered in pine or ancient patches of stunted oak forest. Around the scattered villages are fields growing every conceivable fruit, nut and vegetable – trees laden with chestnuts in October, justly-famed Ikarian apricots in June, and of course, on the island birthplace of Dionysus, vines everywhere. Almost every household and every taverna makes its own wine from Ikarian grapes unique to the island, while two more sophisticated wine producers bottle superb wines, white and red, with a growing reputation – and all from organic vineyards.

It is a wild, untamed island with seas to match at times, so care is needed when swimming, but as an eminent Ikarian is quoted as saying, “to know this island is to look inward from the sea” and he is right. True, the beaches are some of the most wonderful in the Aegean, but the interior is not to be missed. If walking appeals to you, there are many hikes starting from the resorts of Nas, Armenistis and Gialiskari; walks which will satisfy both the adventurous or the less experienced walker; the really serious hiker can even attempt a couple of trails which traverse the island, mountains and all.

Birdwatchers and botanists will find enough to satisfy them many times over – how about the extremely rare Bonelli’s Eagle, which breeds along the West coast? Or Ikaria’s very own species of Orchid? Beach lovers will be happy to laze on the sandy beaches of Messachti and Livadi, minutes from the friendly, relaxed accommodation – or, with car hire, there are drives to secluded coves, many of which are never discovered by the average visitor, set in dramatic gorges, running with fresh water all through the summer. Lovers of wine, food and parties need look no further; unlike so much of the Aegean, the place starts to feel more and more Greek as the summer advances and waves of Athenians launch an annual invasion. They come in search of traditional dishes with a real “home-cooking” feel; freshly-caught fish, delicious organically-grown vegetables and the ubiquitous Ikarian goat, whose meat forms the central dish at each village panagyri – the festival to celebrate the local saint’s day. A panagyri can start at anytime of the day, but will always go on until the first rays of dawn bring an end to the endless chains of dancing to wild Ikarian folk music. If you can manage the steps of the Ikariotiko, the unique “spiral-dance”, the island will truly start to claim your soul; though it will be essential that you have more than a taste of Ikarian wine, often served in recycled beer bottles and as strong as sherry.

It is an island that invites and rewards exploration; full of wonders, natural and man-made, such as the extraordinary 5th Century BC tower that guards the coast at Faro, or the tiny church in the woods at Theoktisti, built under and enormous rock, like so much in Ikaria, in order to hide it from the raids of ancient pirates.

Keeping themselves safely hidden over many centuries, the Ikarian people are often described as shy, but have a humour and spirit that is unique. They will befriend you, not because you are spending money, but because they are proud of their island and wish to promote it and their way of life, simply and honestly, by carrying on as normal – gently paving the way for visitors to
discover Ikaria for themselves and to feel at home on such unfamiliar territory. You may not go away understanding what Ikaria is all about – few do; however, it is an enigma that will draw you back time and again.

I didn’t pass it on to her! She blogged it as soon as I put on the link in the hikingIkaria group yesterday evening! Being a co-moderator, she could see what the new link was right away. Grabbed it in the air, so to speak. I have the same problem as her, but not so much. Eleni is far more «international» and well connected -:lol

Yes indeed! As a co-moderator in the hikingIkaria group I was notified about the addition of the new link and when I saw what it was, oh what a relief, I blogged it at once. 1000 e-mails – I mean it! It has become bothersome -nuissance.
THANK YOU JUDY !!!

J. and S. are right. The Ikarian dance entered the new milleneum as a «spiral dance». Let’s face it. I will draw a sketch of the steps of the new dance in a blog entry. 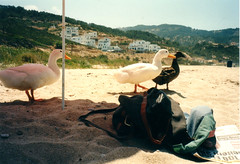 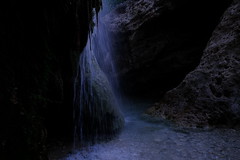